The cruise offers an incredible opportunity to survey the dramatic sweep of the rugged, North Connemara landscape, shaped both by nature and by our ancestors. The Fjord passes between the Twelve Bens and majestic Maumturk mountain ranges to the South in County Galway and the mighty Mweelrea massif, Connacht’s highest mountain, to the North in County Mayo. At the most Westerly point lies the vast expanse of the Atlantic Ocean and breathtaking views of the many islands that are scattered along our western shores.

The sheltered waters of the Killary Fjord are perfect for many types of aquaculture and you will see at close quarters the mussel ropes and the circular salmon farms that produce some of the finest seafood that Ireland has to offer. On land, the hills are dotted with sheep, producing the world famous Connemara Lamb.

Towards the mouth of the fjord you will see a small Island, Inish Barna or Fox Rock to the locals. Here there is a Victorian navigation marker, faced with green Connemara marble. The area where the Killary meets the sea is rich in local lore and mythology and you will learn all about Big Ned Joyce, the time that British and German U boats studiously ignored each other in a storm and see the final resting place of Diarmuid O’Duibhne who stole the beautiful Grainne from Fion Mac Cumhail on the eve of his wedding.

The point that the boat turns for it’s leisurely return to Nancy’s point is the most likely spot to catch a glimpse of the Killary’s playful pod of Dolphins. They will often swim alongside the Connemara Lady and, if you are lucky, these fascinating creatures will put on a show, leaping clear of the water and racing the bow wave at breakneck speeds.

What you can expect to see on
Killary Fjord

Answers you have a question for

Enjoy a drink, a snack or lunch from our onboard café while taking in the beautiful scenery.

We make the most of the fantastic fresh fish and shellfish from the deep clear waters of the fjord. Our salads and sandwiches are prepared to order and we offer our full menu below on all scheduled cruises.

We have a well-stocked bar, including draught Guinness and a wide selection of local craft beers, as well as wines, spirits and a range of soft drinks.

Our friendly crew can make your choice of espressos, cappuccinos and lattes. But our tea and scones are pretty special too! 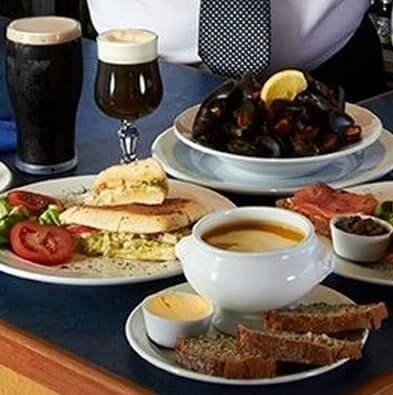 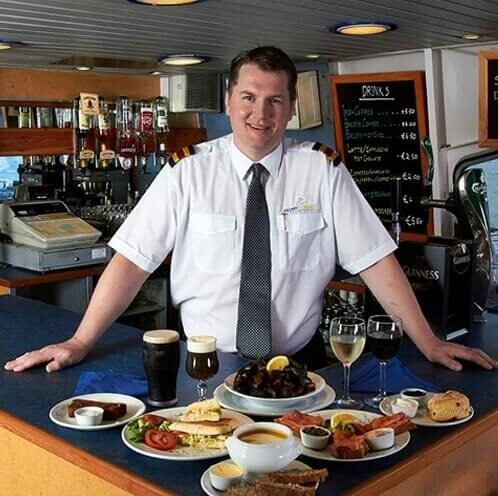 Let us know what the perfect tour is for you, and we’ll make it happen.

What our visitors says

“Excellent trip and great value. Commentary was interesting and the boat is really well equipped and comfortable. The fjord itself is breathtaking and its great value to see it this way.”

“This trip is a great way to see the Killary Fjord and its surrounding mountains. I don’t have good sea legs but was reassured by the “no sea sickness” guarantee offered by the company.”

“We had an amazing time on the boat tour and learned a TON!! The staff was amazing and soo friendly… If you don’t cruise with the Connemara Lady you are missing out!! Incredible time!! Thanks for making our trip to Connemara even better!”